Gift Your Gear events in Rohan Shops are very special.

It has been a privilege to take part in the collective effort of the Rohan community to make a difference. The collection of unwanted outdoor clothing and equipment for Gift Your Gear is rewarding on many levels. The enthusiasm of the Rohan Shop teams is always tremendous. Rohan friends and customers have responded with many super donations of outdoor clothing, rucksacks and footwear regardless of brand. Amongst the donations are some old favourites from Rohan Heritage. Grand examples of Rohan Originals including Olfio, Sohao, Buskers, Hot Bags and many more. The Shop Teams have had some amazing stories about the gear donated. The adventurers, expeditions, holidays and much more. Some lovely stories of donations of gear on behalf of love ones that have sadly departed. It has been a pleasure and privilege to be part of it. Sarah Howcroft – Founder Gift Your Gear 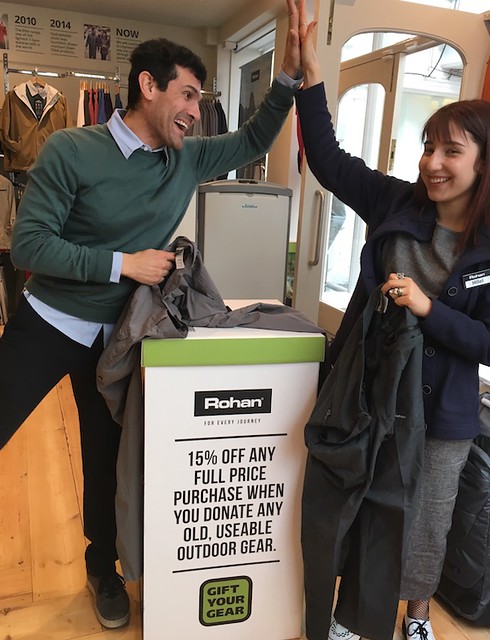 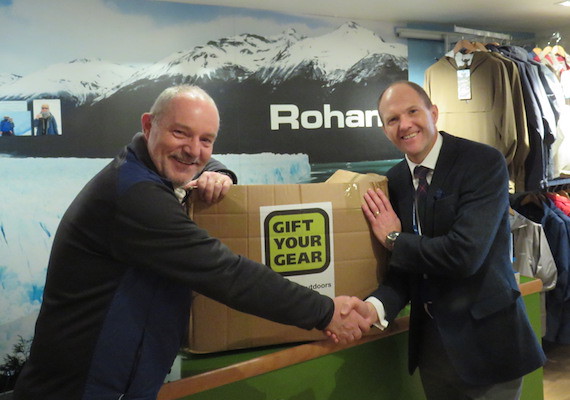 Read more stories about Rohan and Gift Your Gear on Rohantime